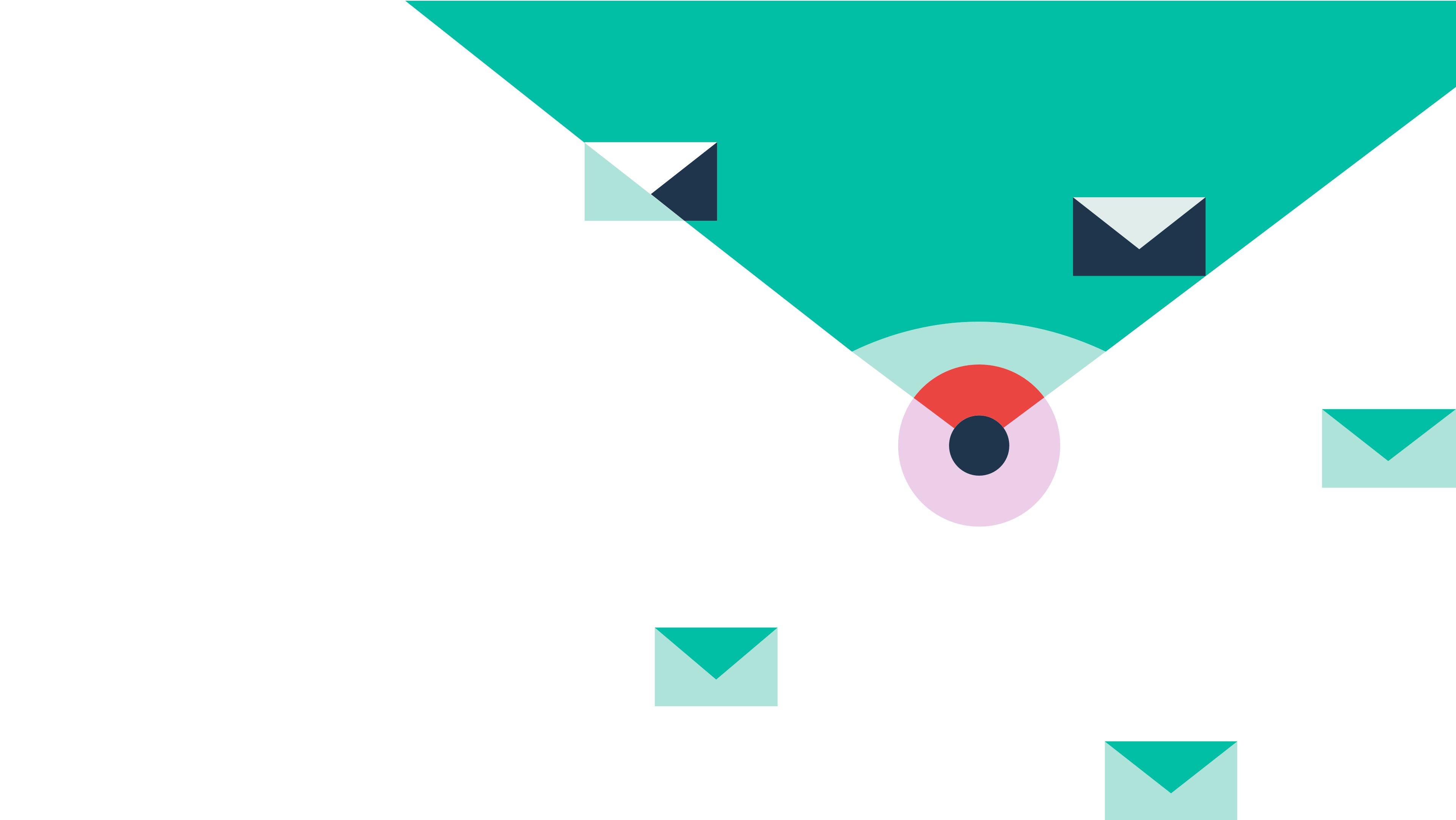 What would the web look like without big tech companies?

Big Tech Detective is a browser extension for Chrome that lets you track and avoid tech giants as you browse the web. 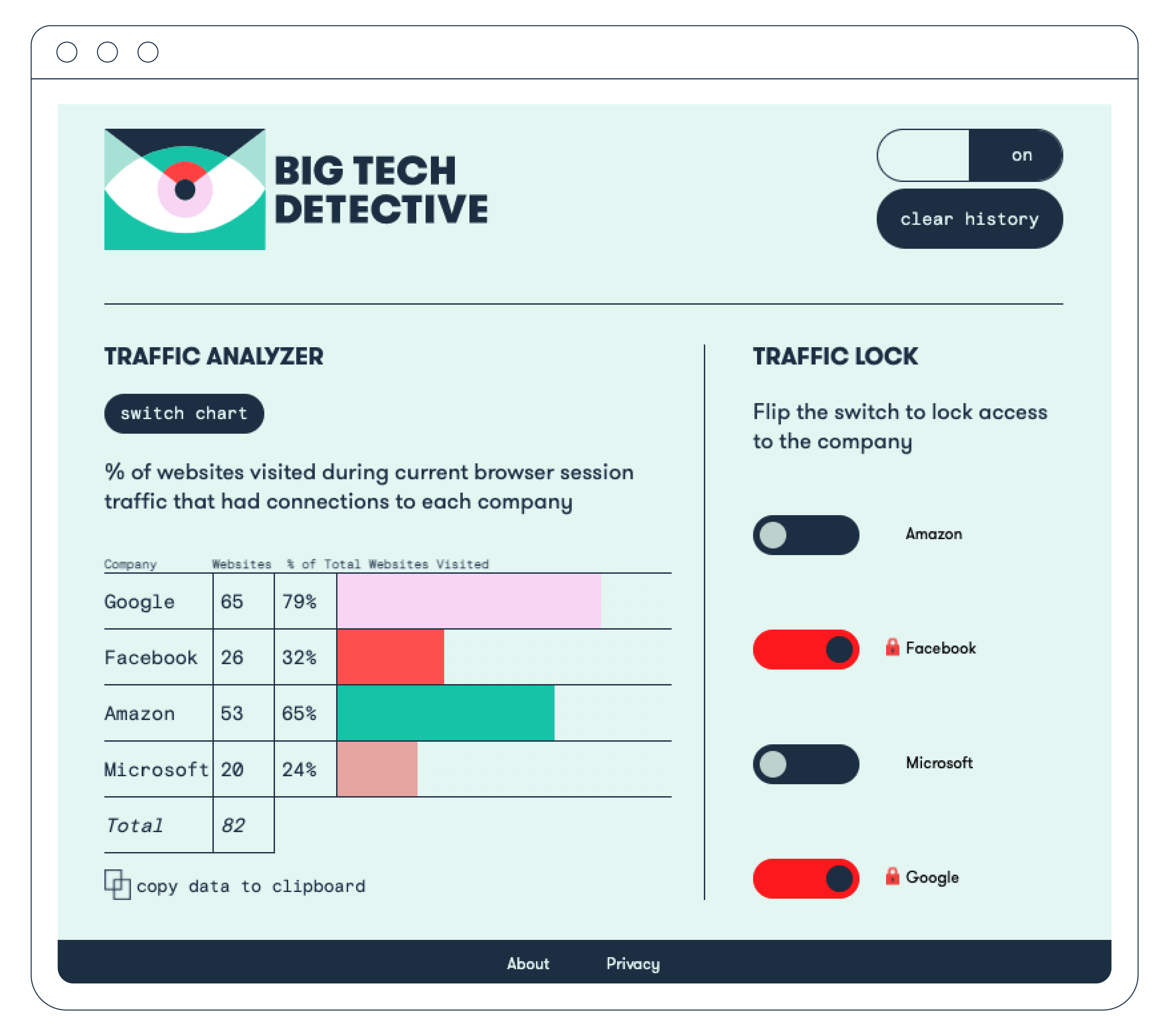 The following are instructions for Chrome. Click here for Firefox.

As Big Tech Detective is not on the Chrome store (yet), installing it requires "sideloading" it into Chrome.

The current version is 1.0.0. To download previous releases visit our Gitlab page.

Open Chrome and navigate to chrome://extensions/

Big Tech Detective is on by default, and you can turn it off by toggling the on/off switch in the top right corner. You can toggle the lock switch by each of the Big Tech companies on the right side of the pop up analyzer to turn the locking function on and off for each of the companies.

Browse the internet, or try to!

As you browse the internet, Big Tech Detective will alert you if the website you are on is exchanging data with Big Tech by identifying and measuring connections to internet protocol (IP) addresses owned by Amazon, Facebook, Google, and Microsoft.

The overlay page will alert you when a webpage is exchanging data with Amazon, Facebook, Google, or Microsoft. While the tool is on, the extension window counts connections as you browse the internet in real time, even if you do not choose to lock traffic to and from any of the four companies. In the extension window, the “websites view” of the Traffic Analyzer graph shows you the percentage of websites that have connections to each company. Toggling to the “packets view” will show you the breakdown of the volume of data going to each company.

If you would like to see exactly which IP addresses are being pinged on each webpage, toggle the lock switch for the companies and you can click the “copy data to clipboard” button in the lower left corner to pull back the curtain even further.

Think of this tool as x-ray vision revealing the guts of a website. You may have grown accustomed to seeing advertisements served in the sidebar of a website, but this tool shows the role Big Tech plays in serving you those ads. This tool may also alert you to the role that Big Tech plays in hosting some of your favorite websites on their servers.

Big Tech Detective tracks our best guesses about who controls the content you interact with as you browse the internet based on domain ownership. You can turn off the app and stop tracking data by closing the app’s pop up window.

To identify, flag, and count these connections, the app tracks information on the requested URLs, the company owner, and associated packet counts. All information is stored locally on your computer, and it does not contain any information that identifies you or your browsing history except the number of packets that your browser sends to the tech giants.

Some challenges to get started: Are you able to stream music? Can you send an email? Can you pay a parking ticket?

Get involved with groups who are fighting monopoly power in tech:

◑ Join Media Justice and Break Up With Amazon

◑ Learn more about how to gain Freedom from Facebook and Google

◑ Stop Amazon’s surveillance state with Fight for the Future

◑ Call on Facebook to Stop Hate for Profit

◑ Follow the many stories of everyday people who are holding Amazon accountable — workers, small businesses, and community members — organizing to deliver democracy at Athena